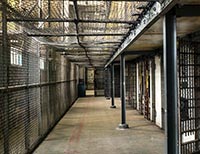 "For more than 15 years, Scott Tucker and Timothy Muir made billions of dollars exploiting struggling, everyday Americans through payday loans carrying interest rates as high as 1,000 percent," said acting deputy U.S. Attorney for the Southern District of New York Joan Loughnane in a written statement. "And to hide their criminal scheme, they tried to claim their business was owned and operated by Native American tribes. But now Tucker and Muir's predatory business is closed and they have been sentenced to significant time in prison for their deceptive practices."

The businesses, operating under brand names like 500FastCash and Ameriloan, charged interest rates ranging from 400 percent to 700 percent, far beyond rates permitted by states that regulate payday lending.

They duped customers by automatically withdrawing interest payments from a loan balance while not touching the principal amount so that the loan would renew on the consumer's next payday. The result was that a $500 loan could turn into nearly $2,000 in repayments.

More information on this case

Information about payday loans and bankruptcy